Research undertaken by the South Australian Centre for Economic Studies (SACES), and presented by Mark Glazbrook, highlighted that the narrative of ‘overcrowding’ and corresponding call for a reduction in migration numbers is simplistic and counter-productive. SACES research found that Adelaide and South Australia face a significant risk of population and economic decline in the next three to five years, unless changes are made to the overall structure of the Australian migration programme.

CEO of the Regional Australia Institute, Jack Archer, supported this position. He noted that Australia’s population and economic challenge will not be solved by a reduction in migration, rather the issue is one of distribution. Mr. Archer drew on research from The Missing Migrants study, outlining the key issue facing 151 Local Government Areas in rural and regional Australia as “a shortage of people, skills and policy that will ensure towns and regions remain viable.” 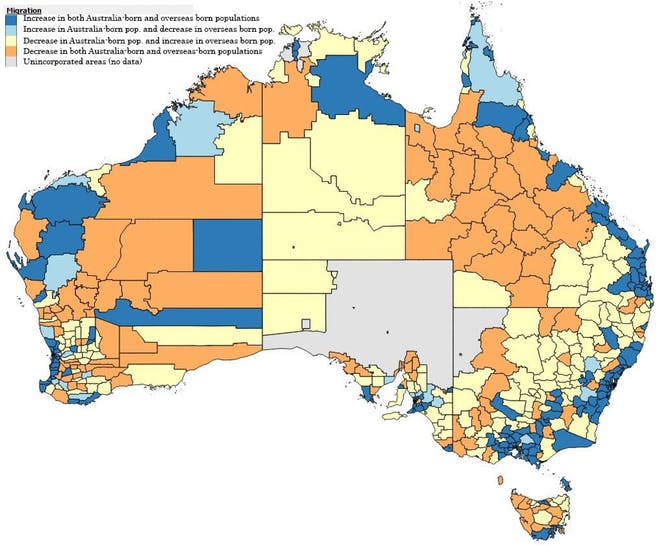 Regional Australia Institute: for many small towns, migrants are the only source of population growth

“Adelaide prides itself on being a multicultural city, and in joining the Welcoming Cities network, we’re formalising our commitment to working with local businesses and community leaders to foster inclusiveness in our city at every level,” Mr Haese said.

“Migrants’ knowledge, connections, skills and understanding of different cultures are a genuine asset to our city, particularly as we look towards building our international connections and encouraging investment in Adelaide and South Australia.

“We need to be doing everything we can as a community to make sure our new arrivals are given every opportunity to thrive and succeed in our city,” he said.

The Australian Standard for Welcoming Cities – the first accreditation framework in cultural diversity and inclusion practices for Australian local councils – was also launched at the Symposium.

Welcoming Cities National Manager, Aleem Ali, said the Standard – developed with Deloitte Australia, and in consultation with local government leaders, nationally – will have a significant impact on social inclusion and economic development in Australia.

“The Standard provides a clear framework that will enable councils to benchmark their current policies and programs to maximise social cohesion and economic participation.

“It will help councils to identify areas where they could be doing more to create communities where everyone can belong, and allow councils to assess their progress over time,” he said.

Throughout the day various initiatives, case studies, research, policies and benchmarks were outlined and discussed as a means of creating thriving communities where everyone can belong.

Initiatives and resources presented, or referenced, at the Symposium are outlined below.

My City of Migration diagnostic