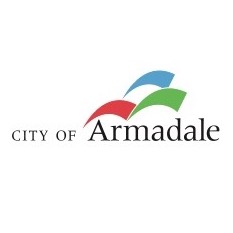 The City of Armadale is located in Perth’s south-east suburbs, approximately 28 kilometres from the Perth CBD. The City of Armadale is the fourth fastest growing local government in WA and fifteenth in Australia. In 2016 the City’s population was 82,280 and it is forecast that by 2021 this will grow to 97,705 and is expected to continue to grow at an average increase of 2.48% per annum increasing to a forecast population of 151,896 by 2041.

Looking at the Demographic Data for the City of Armadale which showed an increase of 47.7% of overseas born from 2011 to 2016, it is reasonable to assume that a large percentage of the forecast population will be made up of people from a culturally diverse background. Many of these new residents come from culturally and linguistically diverse (CaLD) backgrounds.

In the 2016 Census several suburbs had a rapid increase, and high proportion of CaLD residents, many of whom were speaking a language other than English (LOTE) at home. The original inhabitants of the Armadale area were the Noongar Aboriginal people.

Our vision for being a Welcoming City is one which commits to respecting, embracing and celebrating diversity by joining like-minded communities to share ideas and enhance social cohesion.

The City’s vision:
“A place of natural beauty, rich in heritage and respectful of culture, with diverse landscapes and lifestyle, and a wealth of business and investment opportunities.”