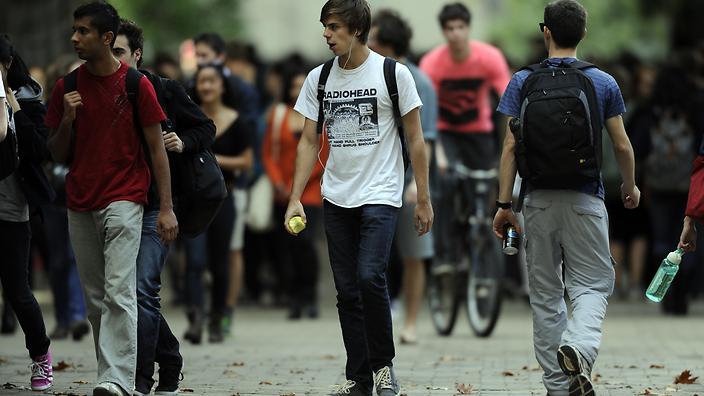 The Scanlon Foundation has been looking at these perceptions over the past decade, and most recent research shows 85 per cent of Australians agree that multiculturalism has been good for the country.

The Scanlon Foundation’s Multiculturalism Discussion Paper has been tracking people’s views across more than a decade of surveys.

Data shows Australians are generally very accepting of cultural diversity and immigration, but the level of support varies across generations, geographical locations and demographic groups.

Research Professor at Monash University Andrew Markus says this report looks in detail at research that’s been going on over the past 30 years.

“There’s very high levels of support. 85 per cent of people think that multiculturalism is good for this country and those sort of high figures, people have been obtaining for 20 or more years but what is particularly interesting in the findings that we’re releasing now is that we look more closely at that proportion who say that it’s been good for Australia – we disaggregate those figures – we try to make sense of those figures in more detail.”

Professor Markus says the research shows current support for immigration is at relatively high levels, compared to 30 or 40 years ago.

“There does seem to be a pattern of greater support for immigration. When it comes to some other issues, such as different ethnic groups, at the level of the data that we have it’s more length of time in Australia and people are more positive towards people who’ve been here for 20 or 30 years and similarly amongst the immigrants themselves, there’s more differentiation among the recent arrivals in terms of the support that they’re looking for from government.”

Centres such as Sydney and Melbourne have the highest level of support for multiculturalism, with younger people also more inclined to be in favour.

But the research not only casts light on external perceptions, it also shows how recent migrants feel about settling in the country.

“What we find when we look at the most recent immigrants is high levels of engagement with Australia but also, and from other research, concerns at the present time about how difficult it is for people to get jobs in the areas they’ve been trained. So there’s certainly some important issues for government in terms of current immigration intake and capacity for people to find the sort of employment that they’re looking for.”

Scanlon Foundation CEO Anthea Hancocks says the paper sets out to explore the complexity of the issue, encourage debate and foster social cohesion.

Ms Hancocks says Australia’s diverse culture is one of the country’s most defining characteristics.

“The experience of change that occurs as migration continues to increase and diversity continues is very imprtant for local government, for state governments and federal governments, that they understand that change process and ensuring that people understand what the benefits are of immigration to Australia and how best to look at local opportunities to increase the level of leadership but also that intercultural contact that needs to be developed in order to make sure we remain a very cohesive society.”

Welcome to Australia Founder Brad Chilcott says despite 85 per cent of Australians supporting the concept of multiculturalism, the nation continues to see divisive politics.

He hopes it influences the nation’s leaders to change the way they do business.

“I’m interested in seeing how we can take this support of multiculturalism to the next level where we begin to see that leadership can be measured in compassion and generosity and inclusion, rather than in fear and division. How can we foster this sense of welcome for a range of cultures and turn that into a unifying, healthier political narrative?”

Mr Chilcott says the research is extremely important as a building block for communities to foster greater understanding.

“Prejudice never survives a personal interaction, I think, and the more we can do to foster – not just tolerance that other people might have a different culture than us – but actually foster inter-cultural relationships and facilitate a real discussion between people of different backgrounds the more we are going to change people’s perceptions and prejudices.”

Posted in full from – https://www.sbs.com.au/news/article/2016/02/26/multiculturalism-good-australia-say-85-australians