___
A global network of cities, shires, towns, and municipalities recognised for being welcoming and inclusive.

Welcoming Cities is a growing network of cities, shires, towns and municipalities committed to advancing communities where everyone can belong.

Membership of the Welcoming Cities network is a measurable step towards advancing communities where everyone can belong, contribute and thrive. Members join a network of local councils who are supported through:

Setting the National Standard for cultural diversity and inclusion policy and practice in Local Government.

Councils join at the Committed level, as either a Free or Premium member. 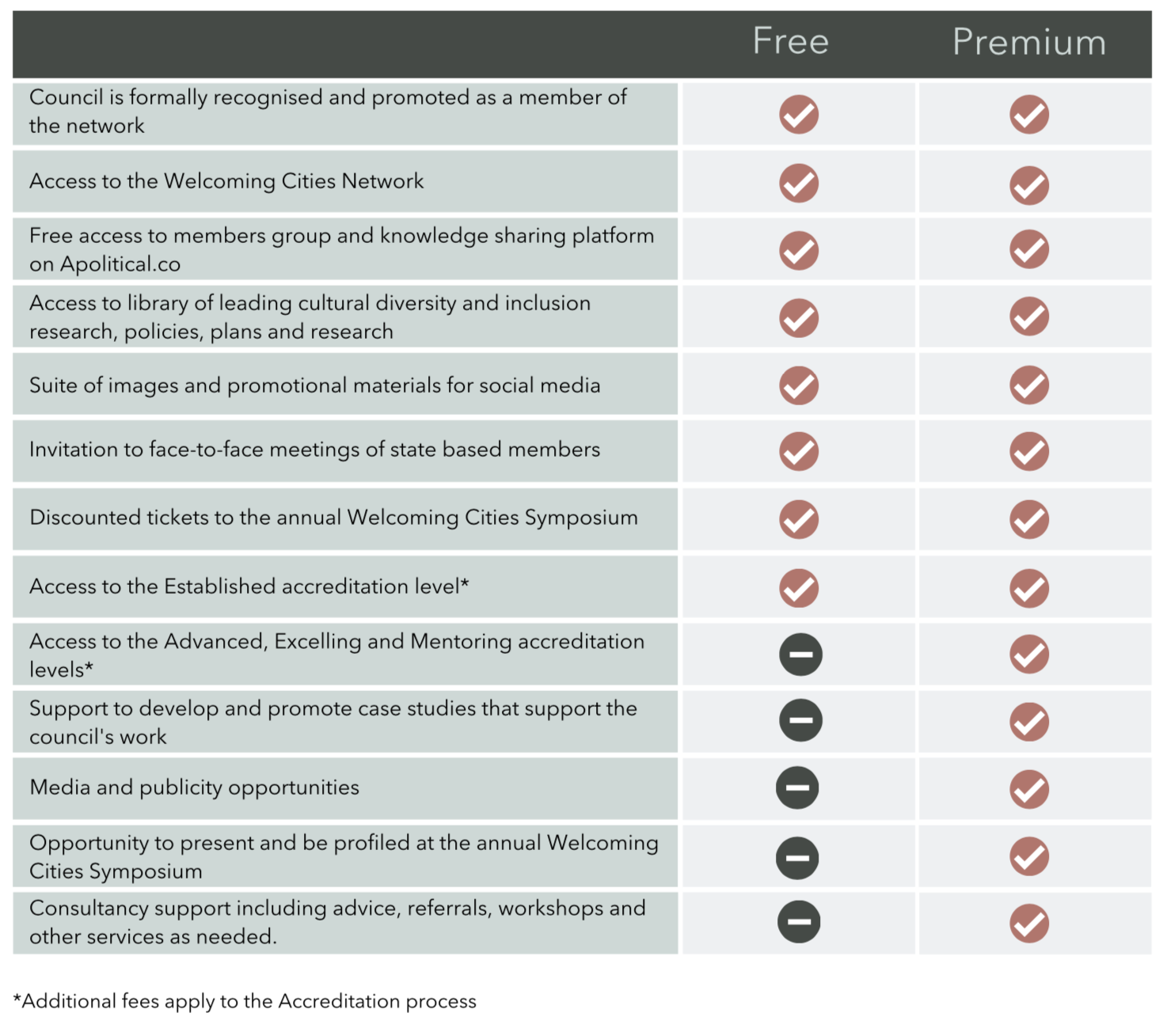 How to Join Welcoming Cities

The world is on the move. Approximately 250 million people live outside their country of birth and make a disproportionately positive contribution to the communities they live in. Migrants represent 3.4 percent of the world’s population yet contribute 10 percent of global GDP.

Welcoming Cities is a founding member of Welcoming International – a network of more than 200 cities and municipalities across Australia, New Zealand, North America, Germany and the United Kingdom.