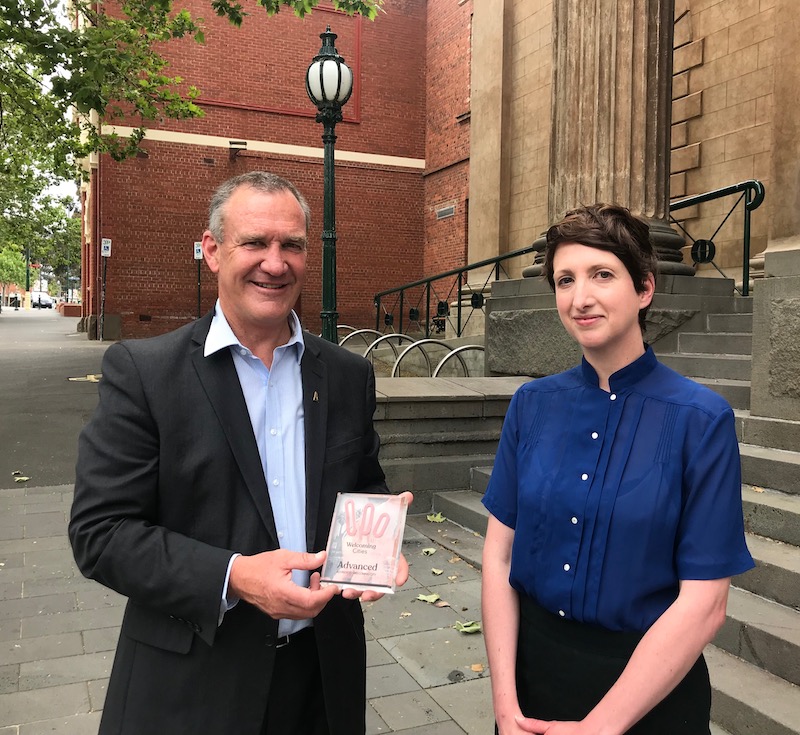 Welcoming Cities celebrates the City of Greater Bendigo as the first local government in Australia to achieve accreditation as a ‘Welcoming City’. Successful accreditation acknowledges the significant work of Council to make the City more welcoming and inclusive.

The City of Greater Bendigo’s application was externally assessed by Monash University who considered the City’s policy and practice against all six categories of the Welcoming Cities Standard.

“Accreditation has provided the clarity of our strengths and areas for improvement, but it’s also been very powerful in helping to demonstrate our commitment and leverage new partnerships and resources.”

“The City of Greater Bendigo continues to demonstrate significant leadership both as a member of the Welcoming Cities network and across local government in Australia,” Mr Ali said.

“Achieving accreditation as an ‘Advanced’ Welcoming City is not easy and it highlights that the City is actively pursuing their vision to become the world’s most liveable community.”

“This is also a significant moment in the development of Welcoming Cities, our fist accredited Welcoming City lays a marker for other cities to follow.”

“It also highlights the contribution of our community agency partners and settlement services who have and continue to assist the City to deliver actions in the Greater Bendigo Cultural Diversity and Inclusion Plan 2016-2019.

“The accreditation recognises the City’s commitment and leadership in promoting harmony and social cohesion through its Cultural Diversity and Inclusion Plan in partnerships with a broad range of community agencies.”

“Achieving accreditation raises Greater Bendigo’s profile at the State, National and International levels, and sets a benchmark for the City to continue its work to improve services and ensure Greater Bendigo is a welcoming city for all.”

Some initiatives that have been undertaken in the past few years include establishment of the Intercultural Ambassadors program, Community Harmony project and Building Culturally Inclusive Sporting Clubs program.  A range of training has occurred throughout the community and a number of important educational videos and information has been produced.

Currently, six other municipalities are working through the accreditation process.

Local Councils across Australia can join the growing network of Welcoming Cities by having their Mayor or CEO sign the membership form.

Welcoming Cities is a national network of cities, shires, towns and municipalities, who are committed to an Australia where everyone can belong, contribute and thrive.  The network recognises that of all tiers of government, local councils are best placed to understand the complexity and diversity of their communities. Assessment and Accreditation as a Welcoming City allows councils to benchmark progress and identify gaps in their welcoming and inclusion practice.

Learn more about the Welcoming Cities network and the accreditation process.