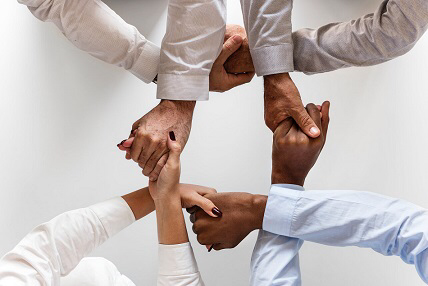 As the benefits for diversity within organisations become better understood, companies are quickly scrambling to rebrand their organisations to create an inclusive and diverse workforce.

However, many companies still fail to attract interest from diverse candidates, or they lack the means to identify points of diversity in the recruiting process. In 2018, the US recruitment website The Ladders performed an eye-tracking study on recruiters and found that the average time spent screening a resume is approximately 7.4 seconds – hardly enough time to paint a clear picture of applicants!

Are your hiring practices inclusive, yet still enabling you to quickly identify talented candidates? Or do you struggle to attract applicants from diverse backgrounds?

It’s important to remember that diversity and inclusion aren’t just about reaching a certain quota or hiring candidates based on group identities. It’s about instilling a culture within your organisation so that anyone within your industry would feel welcome and accepted as a part of your team.

Before your company sets out to implement policies to increase diversity, it’s important to define what diversity looks like within your organisational context, and identify the areas that your organisation is currently lacking in.

When the term “diversity” is brought up, most people’s attention will shift to dimensions such as racial, gender, and ethnic diversity within the workplace. The value of diversity within these dimensions has been clearly shown, with studies finding that organisations with above average diversity in their management teams will produce higher returns on equity and significantly better stock selection. Another study in the American Sociology Review found that companies with above average levels of gender diversity were 21% more likely to experience above average profitability.

Other dimensions of diversity to consider include age, career path, industry background, and education. In a 2018 study, the Boston Consulting Group found that organisations with above average diversity in these categories (as well as gender and nation of origin) to produce 19% more revenue due to newly innovated products and services.

Once you understand the different dimensions of diversity, you may want to consider performing a cultural audit of your company.

By taking a deeper look at the characteristics of the people who make up your organisation’s culture, you will gain a better understanding of the areas in which your company stands to benefit from increased levels of diversity.

The closer your company looks at its people and practices, the more likely you will be to uncover unconscious biases amongst your employees.

People love putting other people and things into boxes. Research has shown that over time the human brain became wired to create patterns of familiarity, and group objects and people based on assigned labels and attributes.

These studies found that even individuals who explicitly believed that prejudice and discrimination are wrong were still prone to displaying unconscious biases to certain groups of people.

Better understanding the implicit biases that your employees bring from their personal experiences, or those that have been allowed to manifest within company culture will allow you to effectively address these biases on a case by case basis.

Your organisation may decide to implement training and support to help address these deep-seeded biases. However, like diversity itself these trainings aren’t just things to check off a list and hope they get better – diversity training is an ongoing process that isn’t restricted to a training session or a meeting room.

Some employees may take a reluctant stance to measures to increase diversity, which makes clearly communicating the motives and benefits behind such practices essential. The last thing your organisation wants is an employee coming away with a disdainful view of diversity hiring practices, such as was seen in a former Google Software Engineer’s memo titled ‘Google’s Ideological Echo Chamber’.

While trying to hire to create a diverse workforce, it’s important to note the relevant regulations regarding targeted hiring and issues such as age discrimination. The Age Discrimination Act 2004 (ADA) lays out strict guidelines that prohibit hiring practices such as advertising positions for people ‘under 30’ or not hiring millennial workers because of assumptions they will move on quickly.

“So if I can’t outwardly state the types of people we’re looking for, how do we source more diverse applicants?”

Start by trying to understanding the people you want to reach.

After analysing millions of resumes with AI technology, Textio found that the language used in job listings makes a big difference to who applies. The company found that women, as well as members of minority groups, were 40% less likely to apply for jobs that used words like genius, ninja, and guru in the job descriptions. Other masculine words such as dominant, decisive, and assert all let women far less likely to apply for these roles.

Weeding out potentially uninviting terms from your job listings and marketing communications will encourage a wider range of applicants.

But be careful – you don’t want applicants to think you’re interested in them based solely on their belonging to a certain group or status, as hilariously depicted on the HBO comedy ‘Silicon Valley’ when a manager awkwardly tells a female programmer that he is “glad she’s a woman”.

One of the most important things to keep in mind is that diversity isn’t a destination – it’s an ongoing process. By keeping your organisation’s practices agile and regularly reviewing your progress you will be able to implement changes as necessary to match the diverse and changing communities that your organisation serves.

How have you fared trying to make your organisation more diverse? Is it a sore spot or have you seen progress in your culture?

If you’re looking to learn more about your applicant’s, and what makes them unique and valuable Reputationaire gives organisations a one-click view of applicant’s verified intangible human characteristics based on insights from their ratings at websites they already use.

However, this isn’t a service that will scour the internet for negative information about applicants – instead Reputationaire gives the applicant’s the chance to provide peer verified ratings and proof of trust that they feel will supplement their CV. This allows fast-tracking of trust, reducing the chance the applicant will end in the “too hard bucket”.

Whatsmore, by default all candidate screening information via Reputationaire is anonymous – meaning there’s no chance for human biases to creep in.

Written by Kurt Joyce. Kurt is a marketer and copywriter based in Tasmania, Australia, specialising in organisational culture and trust.

Do you work for an organisation looking to better identify quality candidates? If so  – check out our services  – we’d love to hear from you.