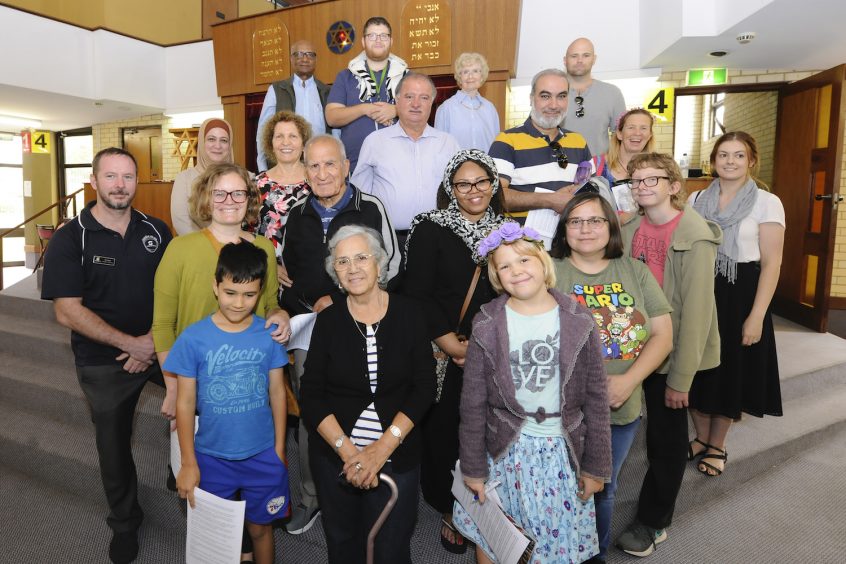 The City of Stirling developed its Multicultural Framework to build on what had already been achieved and formalise its focus into three key areas, our newcomers, our community and our organisation. The development of this framework has assisted in supporting a range programs, initiatives and services that have contributed to the effective settlement of migrants and refugees in the City.

These have included (but not limited to):

City of Stirling is delighted to be a Welcoming City, one of the outcomes of the Multicultural Framework.

Partnerships with other Local Governments, Not for Profit organisations, in particular: the Metropolitan Migrant Resource Centre, Ishar Multicultural Womens Health Services, ASeTTs and Youth Futures and as well as community led organisations, professional immigrant associations, community leaders etc. This project would also not be possible without funding from the Australian and West Australian Governments.

The real winners are newcomers to the City of Stirling and the whole community which gains from both the social and economic benefits of celebrating and embracing our diversity.

City of Unley
The Sea Sure Program

The Sea Sure program is a water safety program for new Australians that has evolved over the past three years and been operated at the City of Unley Swimming Centre in community partnership with Surf Life Saving South Australia (SLSSA). The goal of the program is to educate and keep all people safe when in and around water.

The Sea Sure program has provided water safety education classes, for the cost of a gold coin to over 100 new Australians since 2017. The program has evolved and improved each year, and in 2019 hosted 40 participants of ages ranging from 12 to 58 years both male and female, representing 12 different countries.

In March 2018, the Federal Government announced cuts to the Status Resolution Support Services (SRSS) commencing June 2018. At 89% of Newstart allowance, SRSS supported vulnerable migrants awaiting decision by the Federal Government on their visa application. These cuts would remove income support for over 8,000 people seeking asylum.

As these cuts affected many municipalities, Council committed to leadership on this issue and organised a Mayoral Roundtable in July 2018. From the roundtable, the Local Government Mayoral Taskforce Supporting People Seeking Asylum was formed for joint advocacy and to coordinate emergency and ongoing material aid at municipal and regional levels. Chaired by Greater Dandenong Council, the Taskforce has grown to a coalition of 32 councils across Australia.

The Taskforce’s key advocacy mechanism in raising awareness about the Federal Government’s cuts to the SRSS Program has been the Back Your Neighbour campaign, which has fought hard to ensure that the most vulnerable members of our community are heard.

In July 2019, the Victorian State Government announced $3.5 million in funding for people seeking asylum affected by the SRSS cuts. Leading to the announcement, the Taskforce secured meetings with the Offices of key Victorian Government ministers – Martin Foley, Richard Wynne, Gabrielle Williams and Luke Donnellan to lobby for this funding.